At New Media Systems, our tagline is “Focused On The Solution.” We are indeed focused on every aspect of everything we do, every time. Our award-winning photography notwithstanding, we are known for our ability to solve problems for our clients. Countless times, we’ve provided solutions to problems that seemed unsolvable. Our decades of experience, extensive resources (including owning and operating our own aircraft), and commitment to excellence all ensure that your project will always be the most important one we have ever done.

New Media Systems, Inc. (“NMS”) is based in Richmond, VA and is known for aerial and architectural photos shot from unique perspectives. With over 20 years of experience in Aerial Photography, Aerial Video, Architectural Photography, and UAS Drones we lead the pack by setting the standards and using State-of-the-Art equipment, drones, computers, and aircraft.

Headquartered in Richmond, Virginia, our services extend throughout the entire Mid-Atlantic Region and beyond.  Our clients have allowed us to capture their projects as far as Florida, Texas, New York, and California.

NMS does own and operate our own aircraft and still continue to capture traditional aerial photos from our airplane including capturing photos and video from a UAS Drone.  We are recognized for our commitment to be accessible, loyal and responsive to our customers. Always. 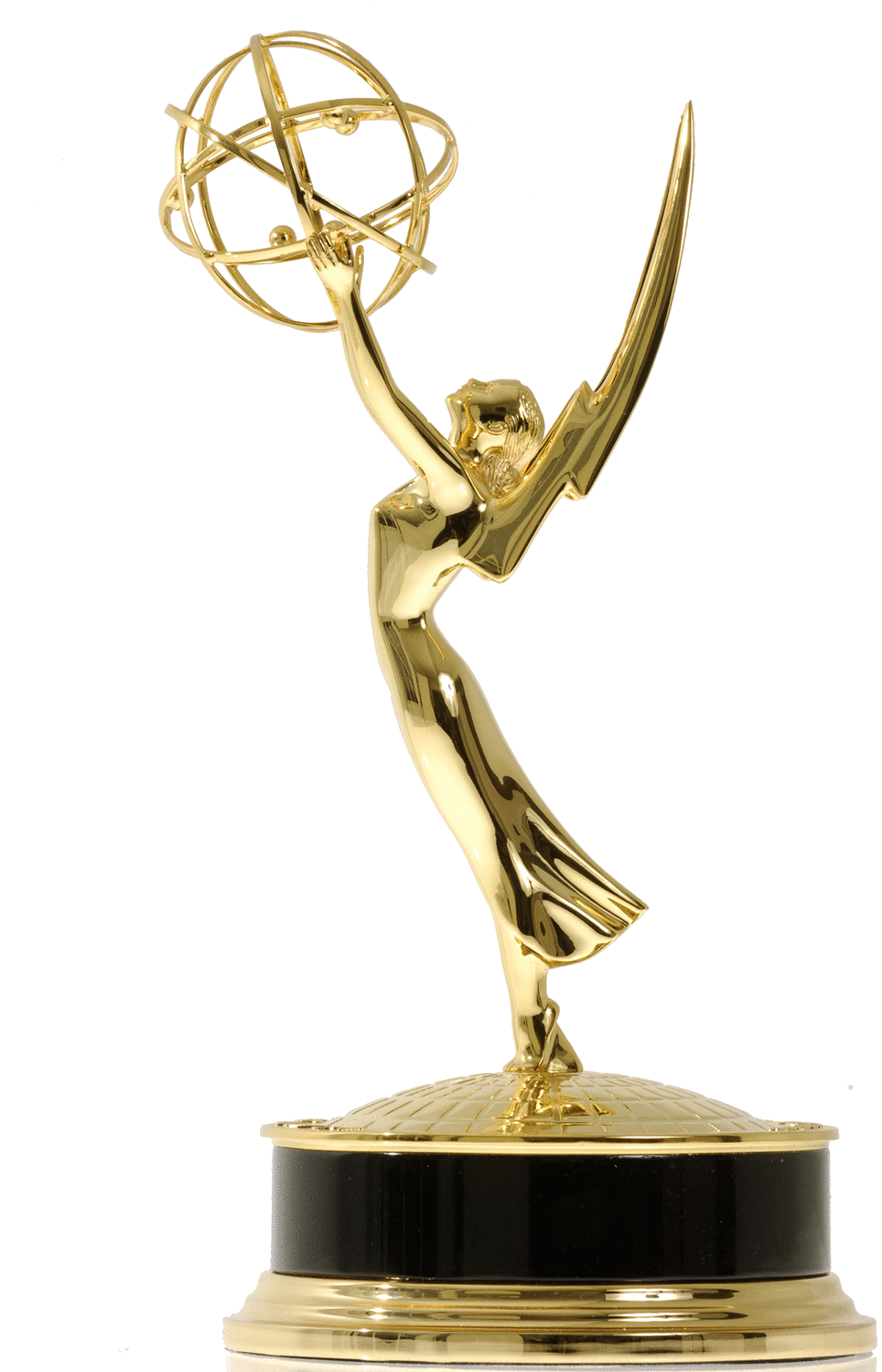 2 Time Emmy Winner, Richard is our lead Director of Photography, Pilot, and President. He has been capturing aerial photography and aerial video for over 20 years with a concentration in the Commercial Real Estate and Commercial Construction industry.  His vast knowledge of the real estate market and understanding of aerial photography and video give him a key advantage over his competitors.  No stranger to aircraft, Richard has logged over 6,500 hours flying missions as a Pilot. Richard is also no stranger to still and video photography, having won numerous awards for his work, including 2 Emmy Awards.

As a child, Richard was always fascinated with helicopters and airplanes. While attending his freshman year at a local college, he realized his interest and affinity for still photography. As a result, he started working at a studio specializing in Aerial Photography. Richard started in customer service, then worked his way up to Senior Photographer within 4 years. During those 4 years, he became proficient in all aerial photography and site location techniques, as well as the WESCAM Video system. Richard has traveled as far north as Canada and as far south as Jamaica including Texas and California executing a wide variety of photography and video projects. Richard’s former supervisor was once quoted as saying, “It took me 18 years to learn aerial photography but it took me 4 years to teach it to you.”

Finally in late 1999, Richard resigned from his position at the studio and decided to continue his education at Professional Resource Management, where he added web site design, computer networking and database management to his growing list of professional and creative skills. As he neared graduation from PRM, Richard was approached by Whit Baldwin of HeloAir with an offer to become HeloAir’s exclusive photographer and WESCAM Operator. Richard accepted Whit’s offer without hesitation and immediately founded his own company specializing in Aerial Photography and creative design services. With Baldwin’s knowledge in business and aviation, he was able to help Richard navigate the hurdles that arise when young entrepreneurs decide to start a new business venture.

In 2011, Richard partnered with Aerial FilmWorks out of Charlotte, NC to become one of only a few Cineflex Operators and Technicians in the area. Ron Chapple has traveled the world working on projects with the Discovery Channel, National Geographic, Sporting Events and with his expertise, is now teaching Richard to become a better Aerial Videographer and Cineflex Operator.

Through his affiliation with HeloAir, Aerial FilmWorks and other clients, he has enjoyed the unique opportunity to engage in a variety of exciting aerial photography and video projects around the world. 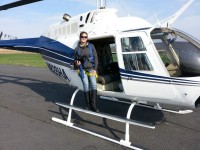 Jenn Arrasmith graduated from Virginia Tech with a B.A, Communications and focused her studies on visual communications and marketing. Guided by her passion for visual arts and technology, Jenn began her professional career as a graphic designer. She has experience in developing creative marketing and advertising sales for radio, print and digital media platforms.

Enjoying both the artistic and technical aspects of digital photography Jenn began cultivating her photographic skills in 2007 . She has photographed a variety of portraits, head shots and events; including lifestyle, concerts and sports. Over the years she has had the opportunity to learn and experiment with many types of photography on her journey to becoming an experienced photographer.

Jenn was very excited to join the team at New Media Systems in October 2011 knowing she would be able to put her multimedia skills to good use while continuing to grow as a professional photographer and designer. 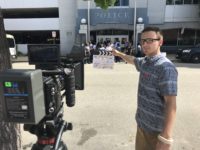 Nick Dale graduated from James Madison University with a B.S. in Media Arts & Design with a minor in Film Studies.  Since the day that he picked up a camera with a friend simply to make short films for YouTube, Nick has been hooked on cinematography and editing.  Once he found out that he could get a job creating/editing video, he geared his studies toward such endeavors. He has filmed a range of projects such as weddings, music videos, short films, all the way to commercial real estate.

Nick had the unique opportunity to shadow Richard on a shoot in 2010, and began to see what a job in the media field is like.  Over the years he continued to work on his skills, taking every opportunity to learn that he could. While in college, Nick was granted the opportunity to be an intern at New Media Systems.  During this time he absorbed skills that aren’t learned in a classroom, making his decision to work for the company an easy one. Nick finds something new to learn each and every day working at New Media Systems.

Look No Further. Call Us Today

Based in Richmond, Virginia